The Villages retiree-focused community northwest of Orlando once again claimed the top spot in RCLCO’s ranking. Two other Florida communities round out the top three. Sarasota’s Lakewood Ranch placed second and is the top-selling multi-generational community, ahead of its pace this time last year by 2 percent. Venice’s Wellen Park (formerly West Villages) increased its 2019 midyear new home sales pace by 1 percent to place third. 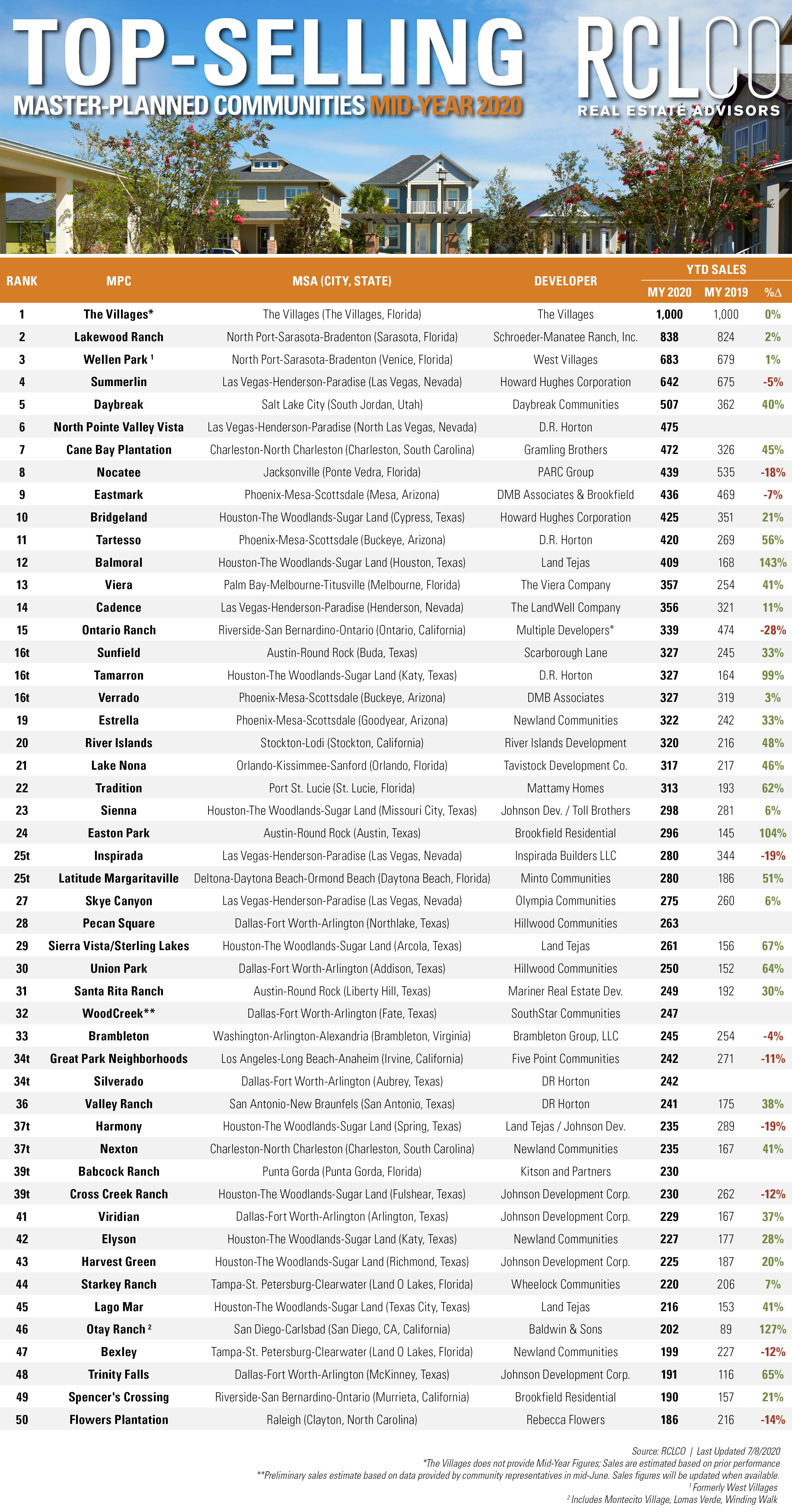 For all U.S. housing sectors, new home sales were almost 22 percent higher in January 2020 than a year earlier and almost 8 percent higher in February. March sales were another story, falling almost 13 percent from a year earlier and almost 15 percent from February, and the slide continued in April. However, the April data for MPCs showed something different: a majority of surveyed developers reported that in the second half of the month their sales pace recovered, even with lockdowns in place in many states. A similar trend showed up in the overall new home sales for May, but has been even stronger among MPC’s.